A Time of Awakening

The world has now come fully into the information age. There is so much information that even with the fastest computers, it’s difficult to keep up. Along with this tremendous expansion, it seems, simultaneously, that the world is shrinking. Every day we watch as events occurring on the other side of our planet appear live on the television screens in our living rooms and begin to feel more akin to one another than in times past.

I will never forget coming home for lunch on September 11th, 2001. I made some lunch and sat down to watch the news, after the news had finished, I left the TV on for the usual programming, which I don’t usually do. The programme was interrupted for a news flash and my instant thought was that the Queen Mother had died; I sat horrified as the pictures of the first aircraft flew into the twin towers of the World Trade Center building in New York showed on the screen. I reached for the phone and called my father, as I was on the phone the second plane flew into the second tower and the next plane hit the Pentagon. My father and I cried together as we remembered the times that each of us had visited my brother in New York and had been to The Window of the World restaurant at the top of the World Trade Towers. Those pictures will always be in the world’s consciousness.

The outpouring of love, support and help that every country sent to America after that event shows how are world is becoming smaller, more familiar, less disconnected and more homogenous. While we know a lot about a lot of things, most of us know very little about the workings of ourselves. What really makes a human being “tick” emotionally, psychologically and spiritually? I find that people are eager to understand this information as it supplies answers to questions they did not know how to formulate. It could be said that humans are equipped with a magnificent circuitry that is capable of feats so remarkable the conscious mind has difficulty comprehending them.

A number of people are living the super conscious experience of which the humans are capable. Most people have not even glimpsed what is upon us, just as eons ago, creatures which had always lived in the ocean could not have known that other animals would leave the sea to live on dry land. When the time came, however, those creatures, which were biologically ready responded to an instinctive call to make that quantum leap.

Mankind today is standing on the brink of a quantum leap in consciousness and individuals who have evolved sufficiently are responding to the awakening, now in 2020 the speed of this awakening is moving at such a tremendous rate, it leaves us feeling stressed out, out of control, vulnerable and helpless as things hurtle by, we feel left out we stand in danger that it may take our breath away. 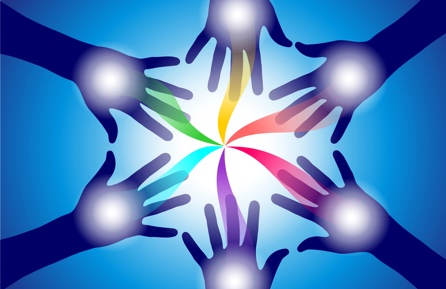 END_OF_DOCUMENT_TOKEN_TO_BE_REPLACED

Pennie talk "Why is this happening to me again/" was very interesting to listen to. She is very welcoming, open and approachable. The whole talk was great. I would really like to hear her talk again hopefully at Kempton Park in November 2014.

You know, Pennie, I had a sneaking feeling you were just reading me like a book, that everything you said was directed at me and me alone…how egotistical is that! I looked around the room while you were talking and everyone was so enthralled in what you were saying I never been to anything like this before and I’m certainly hooked now so I’ll be seeing you again soon. A big Thank-you